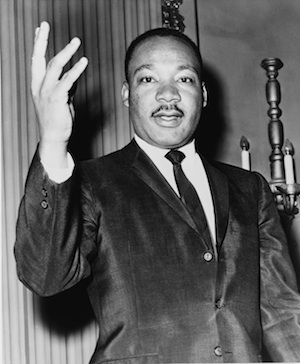 Today, the 28th of August, 2013, is the 50th anniversary of Dr. Martin Luther King Jr.'s famous "I have a dream" speech, which contains this line:

The movement this speech came from and drove onward eventually led to the 1964 Civil Rights Act and the 1965 Voting Rights Act, both of which in large part dealt with ensuring the right of all American citizens—especially minorities, and African Americans in particular—to vote.

Everyone knows this, and today, everyone is celebrating this. And yet, on this very day, the states of Pennsylvania, Texas, and North Carolina are in court trying to defend the removal of these same rights, from these same citizens. The states claim, of course, that undoing half a century of progress isn't the objective of these laws. The laws being challenged in court are instituting requirements for photo identification at the time of voting, and the justification for them is to prevent fraud. So today I'm going to walk you through an example of exactly how accurate these claims of fraud are, from a state that isn't—yet—in court: South Carolina.

We're using South Carolina because advocates for this sort of law made a specific claim, made it very publicly, and it was investigated very extensively. We begin with Department of Motor Vehicles Director Kevin Schwedo, and Attorney General Alan Wilson, who claimed that they had a list of 953 deceased individuals whose names had been used to fraudulently vote in the 2010 election. The South Carolina Law Enforcement Division (SLED) spent nearly 7 months examining the list, and this is what they found:

All told, that's at most 4 fraudulent votes, 5 if you count the guy who went to the wrong precinct, but saw his name in the book and voted anyway. And statistically, the 3 inconclusive cases were probably not fraud either. The only certainly fraudulent vote was the guy who never registered and voted under his dead father's name. (Which I guess they let slide, because SLED didn't file charges against anyone; I'm sure Jr. will either register or stop voting now that he's been investigated and let off with a warning.) That's 1 out of 207, or less than half of a percent, or 1 out of 953 if you use the initially very-well-advertised and very-inflated number, which is hardly more than one tenth of a percent. And this in an election where 1,365,480 votes were cast. Meaning this "huge" example of voter fraud resulted in, literally, less than one fraudulent vote in one million. And this is how it always goes with these cases.

Further more, I would like to point out that many of these claimed cases of fraud were by absentee ballot, which voter ID laws would not be able to prevent. A great many more were cases where the voter would have had photo ID with the correct name, including the one and only certainly fraudulent one, so a voter ID would not have stopped these either. Almost all the rest were errors on the part of the state, which voter ID also can't stop.

But maybe you're thinking "Okay, none of these cases were fraudulent, but there's surely some other cases that were. And even one vote, one fraudulent vote, is worth stopping; we're talking about our democracy after all!" And now we're into cost-benefit analysis. Because voter fraud does—rarely—happen. But if stopping one fraudulent vote is good, not incorrectly preventing thousands of legitimate votes must be even better. The ACLU of Pennsylvania was able to, almost instantly, find 5 voters just in the Philadelphia area who would be unable to meet the state's voter ID requirement, even though they are clearly legitimate voters, and South Carolina has 3 times as many people as Philly. Imagine how many such voters must be in South Carolina, if you look even a little bit harder. If it's just two, then the voter ID law is a net-negative. And it is certainly more than two, and possibly as high as 100,000.

I know that this issue has become a partisan one (although some Republicans have defected from the party line) and it pains me to bring a partisan issue to a blog that I want to be welcoming to all advocates of democracy; left, right, center, and off-axis. But I can't look at the arguments being made by the other side and see anything other than barely-concealed discrimination, because those 100,000 voters who will have difficulty getting an acceptable ID are not evenly distributed across the population, they disproportionately come from minorities, and African Americans in particular. And I will not let that go unmentioned on this golden anniversary day. We should, at all times and in all ways, do everything we can to get as many people as we can to vote. That forms the bedrock of our electoral system; without that, the calls I make for better voting methods are pointless.