One Person, One Vote, Many Methods

Just a few years ago, there was a federal case brought in California against the use of instant runoff voting (IRV), claiming its use was unconstitutional. Unless this is your first day here, you know I'm not a fan of IRV, so you may be surprised that I was happy when IRV was found to be perfectly acceptable. That's because the argument used against IRV was that it violated the principle of "one person, one vote" based on the fact that an IRV ballot can indicate support for more than one candidate. If this argument had been successful, then the only allowable voting method would be plurality.

The irony is, "one person, one vote" doesn't have anything to say about the definition of either "person" or "vote", but rather speaks to equality. In the US, the slogan is most-closely tied with requiring states to re-draw their congressional districts to keep those districts roughly equipopulous. The goal of that being for each voter's ballot to have as much influence on determining the membership of the House as every other's.

You surely know that we've expanded the definition of "person" many times in this nation's history. You have to be a US citizen and white and male and a property owner and pay a poll-tax and not be a felon and 25 years old and 18 years old. Every time, there were people who insisted we had to cling to the old definition, and in many cases, they were able to delay these improvements for years at the state level, before the federal government stepped in. But you may not know that a similar version of this story has happened with the definition of "vote".

In 1912, former President Teddy Roosevelt, convinced that the Republican party—and current president Howard Taft in particular—had strayed from its values, decided to run for the office again. Unable to wrest the Republican nomination from Taft, Roosevelt ran his own ticket, creating the "Bull Moose" or "Progressive" party. Roosevelt and Taft split the vote, leaving Democrat Woodrow Wilson the winner—the first Democrat to do so in 20 years—with just 41.8% of the vote. Roosevelt would eventually return to the Republican party, but his strong showing on a third-party ticket inspired other third-party hopefuls, while also highlighting the shortcomings of the electoral system with respect to third parties. Coming at the height of the progressive era, Roosevelt's loss preceded a raft of experimentation in election methods, particularly in the upper midwest.

One method which caught on in several states was Bucklin voting. Bucklin uses a ranked ballot. At first, only the first-ranks are counted. If this does not result in a majority decision, than every voter's second-ranked choice is added to the totals, and so on, until a winner is found. You may notice similarities to instant runoff voting (in the repeated rounds and the search for a majority winner) and also to approval voting (in that a simple sum is used to determine the winner and that a single voter's ballot can count toward more than one candidate at a time); indeed, some have referred to Bucklin as "approval runoff".

Bucklin voting was used in an April, 1915 judicial election in Duluth Minnesota, and W. H. Smallwood was certified the winner. However, a voter in that election, John Brown, Jr., contested the election, on the grounds that, in the first-round results, William L. Windom had the most votes. Brown was essentially arguing that, according to the Minnesota state constitution, plurality was the only legal election method. And Brown won the case! Smallwood was removed from office, Windom was appointed in his place, and Bucklin voting became illegal across the state.

Bucklin voting was quite popular among voters, but not always with the organizers of major parties. In San Francisco, the first nail in the coffin for Bucklin voting, was when its use led to an upset in which the candidate initially in third place became the eventual winner. The fact that this candidate was "affiliated with the Socialist party" was used as an argument to eliminate the method, not only in San Francisco, but in in other cities as well.

In all cases, the rhetoric of the anti-Bucklin crowd insisted that our forefathers had never intended for a "vote" to be anything other than the selection of a single choice; that "election" had always meant to them, "plurality election", and that it should mean the same to us. But history shows us this isn't so. Both Benjamin Franklin and Thomas Jefferson corresponded with the Marquis de Condorcet, the French intellectual for whom the Condorcet method is named, and were so excited about his work that they sent copies of his writings to others of America's founding fathers. These two, at least, would have been disappointed to hear that such experimentations of democracy were cut short.

As World War I ran its course, and led into the 20s, the progressive era lost steam. It wouldn't be until the civil rights era that the issue of "one person, one vote" would again be looked at in detail. And while that era rightly focused on the definition of "person", the judicial opinions that came out of it would greatly clarify that the intent of the phrase was, indeed, on equal consideration, not a description of ballot design. However, since that time there has not been the same sort of urgency to experiment with voting methods... until perhaps now. Regrettably, much of that effort has been expended on instant runoff voting, which is notably less well-performing than Bucklin (and neither performs as well as approval or score voting). But regardless of that, I applaud these decisions finding that non-plurality methods are permissible. 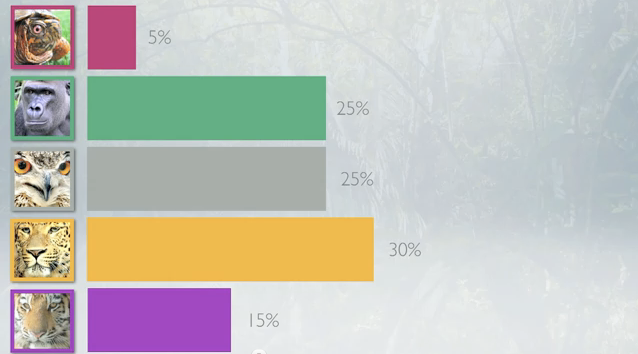